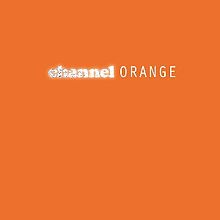 Channel Orange (stylized as channel ORANGE) is the debut studio album of American recording artist Frank Ocean, released on July 10, 2012, by Def Jam Recordings. After releasing his 2011 mixtape Nostalgia, Ultra, Ocean began writing the album with creative partner Malay, who assisted him with its recording at EastWest Studio in Hollywood. Ocean eschewed his mixtape’s reliance on samples and wanted to approach sound and song structure differently on Channel Orange. He titled the album as a reference to the neurological phenomenon grapheme–color synesthesia and the color he perceived during the summer he first fell in love.

To prevent it from leaking onto the Internet, Ocean released the album digitally one week earlier than its publicly announced date. He promoted it with five singles, including his highest charting single “Thinkin Bout You”, and a supporting tour in July 2012. It debuted at number two on the Billboard 200 on sales of 131,000 copies and, as of February 20, 2013, has sold 508,200 copies, according to Nielsen SoundScan. Channel Orange received rave reviews from music critics, who praised its idiosyncratic production, musical scope, and Ocean’s songwriting, and was named the best album of the year by numerous publications.